Share a memory
Obituary & Services
Tribute Wall
Read more about the life story of Nancy and share your memory.

Nancy Ruth Miller Swanson, cherished wife, mother, grandmother, great-grandmother, and friend, passed away peacefully at her home in Barnes Tuesday. She was 91.

Except for a few years away at school, she resided in the village all her life, and Barnes was central to her existence. She loved to amble along its lanes and across its hilltops and she was a good and generous neighbor. At various points, she also was the secretary for the cemetery, the pianist at the Barnes United Methodist Church, the Sunday School superintendent, the host of the annual Barnes Picnic, and the church’s choir director. In 1979, after her six children were mostly grown, she co-founded The Valley Voice, the weekly newspaper for Barnes and Sheffield that was published out of the old library near her house for several years and then from Sheffield for another couple of decades. She wrote a column for the newspaper, “Out My Back Door,’’ in which she detailed her adventures as mother, grandmother, wife, and human being. She loved to write.

She loved her family more. David Swanson, to whom she was married for more than 60 years, died eight years ago. She was mother to David Nels Swanson, Eric Swanson, Kirsten Turfitt, Karl Swanson, Karen “Tia” Swanson and Elisa Gordon, who survive. She also is survived by her sons- and daughters-in law: Hallie Campbell Swanson, Susan Gerbron Swanson, Myron Turfitt, Mary Beth Devine Swanson, Christopher Mumma and Eric Gordon; 17 grandchildren and two great-granddaughters, the younger of whom arrived three days after her death.

She was born November 25, 1931, the only child of Ruth Titus Miller and Otto Lester “Nick” Miller. Her father died of complications from tuberculosis before she was 2 and her mother never remarried. She was raised in the Titus family home, surrounded by maiden aunts, her mother and grandmother. She was valedictorian of the Sheffield class of 1949 and received a degree in English from Allegheny College, the alma mater of her mother and aunts. She was a member of Phi Beta Kappa and the Allegheny Singers, a membership that cemented her lifelong love of music, particularly hymns and choral singing.

Married the week after graduation, she helped put her husband through law school by selling books door-to-door and by teaching second graders. An amateur artist, she was later an art teacher at the old Sheffield High School, even though there was no art room. Undeterred, she instructed six grades of art students on the finer points of perspective from makeshift tables in the girls’ locker room.

Although she never learned to ride a bike or swim, one of her favorite places was Hatteras Island, North Carolina, where she and Dave would gather the children and grandchildren for an annual vacation and where she could read for hours in the sun without interruption. With Dave, she briefly took up downhill skiing in her 50s – though cross-country was more to her liking -- hiked the Grand Canyon twice in her 60s and paddled through the Boundary Waters into her 70s.

For years she collected stocking presents for all her children and grandchildren. On the Christmases when members of the family would not be in Barnes, she sent the stocking presents out. They would arrive in a box a week before the big day, and there would always be seven presents for each family member, wrapped in their own papers so as not to cause confusion.

When her first grandchild was born in 1990, she wrote a letter to her that was published as a column. It said, in part:

“Look for the first snowflake in winter, listen for the first peeper or wild goose passing overhead in spring. When it is time for summer, watch the first shoots come up in the flower bed and look for the webs of the spider on the grass in the early morning. Autumn will be marked with bright leaves, and the squirrels, even in the city, will be burying treasures for the winter in the earth. As long as you can find pleasure in these small things, each season will bring happiness your way.”

These are words she lived by.

The Swanson family has entrusted the Borden Funeral Home of Sheffield with all the arrangements.  To leave an online condolence please visit www.bordenfuneralhome.com.

To send flowers to the family or plant a tree in memory of Nancy Swanson, please visit our floral store. 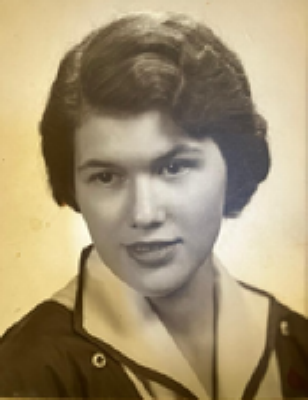 You can still show your support by sending flowers directly to the family, or by planting a memorial tree in the memory of Nancy Swanson
SHARE OBITUARY
© 2023 Borden Funeral Home. All Rights Reserved. Funeral Home website by CFS & TA | Terms of Use | Privacy Policy | Accessibility