Share a memory
Obituary & Services
Tribute Wall
Read more about the life story of Michael and share your memory.

Mike was a 1982 graduate of Olean High School, earned an Associate’s Degree in Petroleum Technology, then left the University of Pittsburgh at Bradford just short of a Bachelor’s in Geology to work for his uncle at Densmore Drilling. He loved working outdoors, and spent the rest of his career in the gas and oil fields, employed for over 25 years by Gas Field Specialists in Shinglehouse, PA. Health concerns forced him off his gas well service rig in the summer of 2018, and he retired to his home on the creek.

Even though Olean was his address for many years, “home” was always the family land and camp in Blue Jay. Mike was an avid sportsman, and enjoyed nothing more than taking his fishing pole or hunting rifle for a walk in the woods with a canine companion or two. Life in the gas fields didn’t allow him the opportunity to have his own dogs, but it was well known that he had shared custody of his sister’s. His vacations were spent on Cooper Tract during small game season, where he stocked birds for his beloved labs to chase. Mike was also known as the guy to see to sight in a rifle or sharpen a knife. He was a fiercely loyal friend who will be remembered for adventures shared and stories that will be retold for years to come.

Mike is survived by his sister Sarah Korchak, her husband Tim, and their daughter Tessa, as well as his aunt and uncle, Mary and Jack Kerner of Olean, NY, several cousins, countless friends, and his favorite girls “Big Dog” Bailey and “Little Dog” Peggy.

A Mass of Christian Burial will be celebrated on Saturday, January 21 at 10:00 AM at St. Anthony’s R.C. Church 7226 Route 6, Sheffield, with Fr. Stephen Schreiber as celebrant. Friends are welcome to gather for lunch and fellowship following the funeral at the St. Paul Center next to the church.

The family has entrusted the Borden Funeral Home of Sheffield with the final arrangements.  To leave an online condolence for Michael Edward Brunner, please visit www.bordenfuneralhome.com.

To send flowers to the family or plant a tree in memory of Michael Brunner, please visit our floral store. 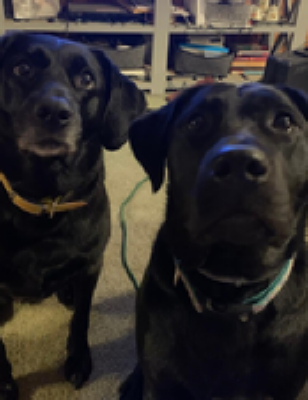