Share a memory
Obituary & Services
Tribute Wall
Read more about the life story of Christina and share your memory.

Christina A. Vullo, 94, of Warren passed away peacefully on Friday afternoon, December 30, 2022, at Kinzua Health Care & Rehabilitation Center in Warren.  She was born June 17, 1928, the daughter of Edith Brown.  She was the wife of the late William J. Vullo.  She worked in housekeeping for several places in Warren.  When the Holiday Inn opened in Warren, she was the first dishwasher hired, a position which she held for ten years.  She loved her Pittsburgh Steelers and Pirates.  Christina was a very caring person and will be sadly missed by her family and friends.

Left behind to cherish Christina’s memory are Donald Vullo of Clarendon, LeRoy Vullo of Warren; a good friend Karen Stone of Ludlow; and her friend Dorothy of Warren.  She is further survived by a special friend, Ronald Carlson of Clarendon with whom she made her home for the last nine years, until her illness.  She was preceded in death by her parents, her husband, William, and sons David, Richard and William Vullo.

There will be no public calling hours or services.  Burial will be in Oakland Cemetery in Warren, PA at a later date.  Christina’s family has entrusted the Borden Funeral Home of Sheffield with final arrangements.  The family respectfully requests that memorial donations be made to Paws Along the River, 212 Elm Street, Warren, PA 16365.  To leave an online condolence, please go to www.bordenfuneralhome.com.

To send flowers to the family or plant a tree in memory of Christina Vullo, please visit our floral store. 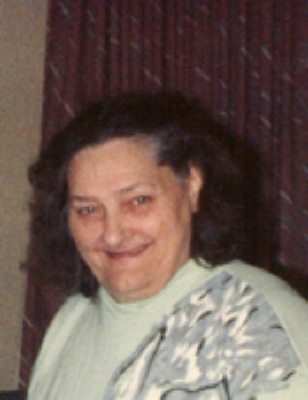 You can still show your support by sending flowers directly to the family, or by planting a memorial tree in the memory of Christina Vullo
SHARE OBITUARY
© 2023 Borden Funeral Home. All Rights Reserved. Funeral Home website by CFS & TA | Terms of Use | Privacy Policy | Accessibility